Even if a picture book writer has a problem/conflict that anchors the story, there’s still a giant hurdle to face. And it’s a four-letter word . . . P-L-O-T!

Most readers (and probably most authors—even successful ones) don’t know all that much about plot. They’re like you and me. But most readers (and most authors) KNOW if a story sounds right, or feels right. We are coded in our DNA for stories. It started around the camp fire as our earliest ancestors told stories. We feel that a good story should put us on the edge of our seat, or make us laugh, or cause us to cry. We intrinsically know that the main character’s situation is going to get worse before it gets better. We want to root for that main character and see him or her succeed.

Even my three-year-old great niece knows when a story doesn’t work. She puts the book down. Or she interrupts the reader with a request to do something else. The reader or listener—even a three-year old—without knowing it, wants and needs the elements of plot to be present so the story feels right to them.

So what are the biggest plot problems picture book writers seem to have?

I don’t think plot has to be as hard to tackle as we often make it out to be. We just need tools to help us. The need for tools is what caused people to develop Three-Act Structure, Freytag’s Pyramid, and The Plot Clock. Because I’m a visual person and a teacher, I often organize things in a visual way. (Or perhaps I do this because I’m from Missouri—the Show Me State!) That need for something visual led me to create a couple of graphic organizers for picture book planning.

Though I’ve featured these graphic organizers on Picture This! in other posts, this seems an appropriate time to share them again. The Picture Book Graphic Organizer will help you outline a picture book from start to finish. 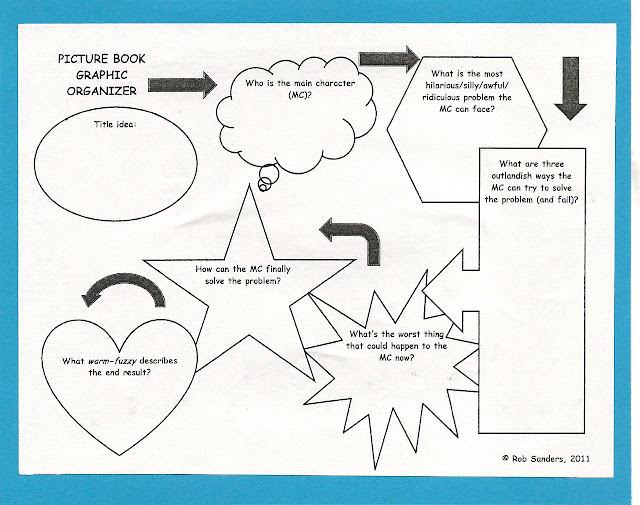 The second resource, Steps to Growing Trouble, is specifically focused on making us think of growing the problem/tension in a story. 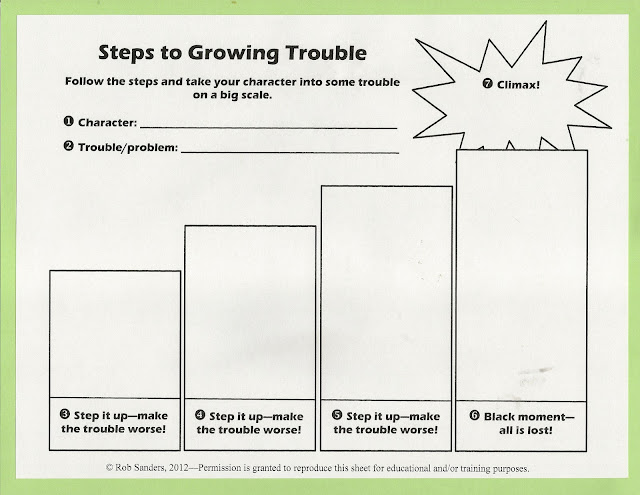 Link to this resource at: http://robsanderswrites.com/Writers_files/Steps%20to%20Trouble.pdf

It’s Your Turn:
u Examine the plot in one of your manuscripts. How is it holding up? What plot elements are strongest in the piece? Where are the weak spots? How can you correct the problems you see?
v Use one of the graphic organizers to plan a story you’ve been thinking about.

Thanks Rob. Needed this reminder today and have just added in more escalation and tension to the plot of my present MS!

Glad the post was of help, Joanna! So glad you're following along!

Great post! Plot is my struggle. I have too many manuscripts were things happen - but things don't HAPPEN.