Week of July 15, 2012: How I Got My First Picture Book Deal
Wednesday, July 18: Laura Murray—A Dream and A Decision 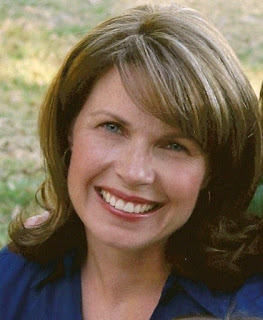 The Journey of The Gingerbread Man Loose in the School – 6 years in the “baking”
The idea of writing for children simmered as a “someday” dream in the back of my brain for many years. Finally, in late 2005, I decided to quit procrastinating and try to make it a reality with the time I had available (which wasn’t much considering I had a seven, five, and two year old at the time. J)

I joined SCBWI, attended writing conferences, and started participating in two critique groups. I finally came up with a story idea based on my Kindergarteners’ favorite unit – the School Gingerbread Man Hunt. You see . . . every year, a freshly baked Gingerbread Man managed to escape from my classroom during recess! So of course, when we returned, the class quickly searched the halls, following little flour footprints and dropped candies, asking the staff if they had seen our gingerbread man. But that smart little cookie always made it back to the classroom on his own!

As the idea for this story grew, I started wondering what our Gingerbread Man was up to when he was out and about. And then I began to build my story on what-if questions. What if the story was told by the Gingerbread Man himself? What if he was trying to find the class who made him, instead of running away from them? What if he doesn’t get eaten in the end? Those what-if questions helped me imagine a new Gingerbread Man adventure that was sprinkled with fresh twists to set it apart from the traditional tale.

Over the next year and a half, I attended more regional and national SCBWI conferences, turning in my picture book manuscript for professional critique each time, as well as researching potential publishers that seemed to be a good fit for my story. When I felt it was finally ready, I began sending it out.

After many months of waiting and rejections, I received an email from an editor at GP Putnam’s Sons while I was writing at Panera bread one day. My hand shook as I clicked on it. I screamed as I read it.

The people in Panera thought I was a nut-case, as I slammed my computer shut, yanked out the plug, and ran for the door with my husband on speed dial, as I yelled, “GP Putnam’s WANTS my story!”

Needless to say, I was, and still am, giddy with happiness! The editor’s acceptance email now hangs over my desk with the big bold words I typed above it—“REMEMBER HOW THIS FEELS!”

The book’s road to publication was a sometimes long, but fabulous journey, including:
R A six-month search for an illustrator
R Seven months of the manuscript sitting on the illustrator’s desk (because he was really interested, but he ultimately turned it down due to his work load)
R A four-month search for another illustrator
R And then Mike Lowery was suggested. I have to admit, his style was very different than what I had pictured, but the sketches that he came up with were so fresh, child-friendly, and endearing!

Three-and-a-half years after my story was acquired—the first book arrived—literally on a slow boat from China. When I opened the package, I just sat down and smelled the book!

I know—you’re thinking . . . Weirdo! Who smells books? But holding it, smelling it, turning the pages, are all part of that wonderful sensory “book experience” for me. And then we had a big bottle of champagne! 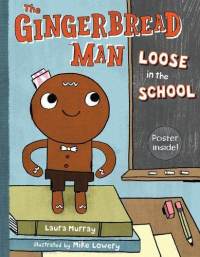 I also dove into a middle grade adventure novel, which led me to my awesome agent—Marietta Zacker of the Nancy Gallt Literary agency—at a recent Florida SCBWI conference.

Six years ago, I started with a dream and a decision. With a little luck, a lot of work, help from my critique groups, and the constant support of SCBWI and its members—the unbelievable has happened. Please know—It can be done! Be patient, be persistent, and then let your stories “Run, Run, Run, as fast as they can” out into the world!

NOTE: If you are interested in Teacher’s Guides and classroom activities to go along with the book or the school Gingerbread Man hunt, please visit Laura at www.LauraMurrayBooks.com.
Posted by Rob Sanders at 1:00 AM

I personally can identify with you frustrating illustrator story. My publishing shows a similar one about the illustrator even though my publisher let me find my own. So I was personally responsible. However it has a good ending much like yours. :) . Thanks for sharing your story. :)

My son loves your book, Laura! Can't wait to read the sequel! So you acquired an agent AFTER the pb, during the MG? I love how u posted the email above your computer. Great idea!

Laura,
I love your book and can't wait to read the next one! I reviewed your book in my blog for Susanna Leonard Hill's Perfect Picture Book Friday. Being a retired school teacher, I immediately imagined the delighted looks on the students faces when they hear your story. Every kindergarten teacher should have it!
Thank you for the hope & inspiration provided in this post.

Thank you so much for all of your comments and kind words!! And Penny - yes, I remember your review :). Thank you again for all the time and thought that went into cheers for the Gingerbread Man on his quest through the school! Keep writing everyone!!! :) The kids out there need your wonderful stories.

Laura, thanks again for sharing your inspirational story!