Week of July 15, 2012: How I Got My First Picture Book Deal
Thursday, July 19: Rob Sanders—Critiques and A Consultation 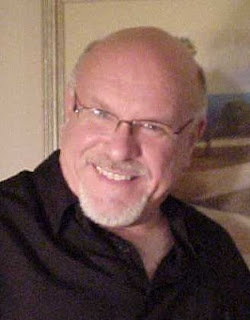 When I turned fifty (I know, you thought I was much younger), I was determined to follow my dream and become a picture book author. Some of my friends thought it was another hobby I was taking up for a few months, or maybe a year. Others thought I was in a mid-life crisis, just with Fancy Nancy instead of fancy cars. They nodded their heads and gave each other the it-will-pass look.

I soon met Deborah Wiles during an in-service training in my school district. I stalked her from session to session, hanging on every word. I told Deborah my dream. She told me about SCBWI and said that the first step to becoming an author was to become a member. I joined.

I told my sister my dream, and she gifted me with a Picture Book Writing Boot Camp led by Linda Arms White and Laura Backas, and soon after that event I attended my first SCBWI Florida summer conference. I had two stories written at the time—one was soon shot down by everyone who read it. The other I worked on again and again and again.

That fall, I attended Lisa Wheeler’s boot camp and it was a turning point for my dream. Not only did I learn tons, but I came away with the idea that to be a successful picture book author I had to write and write and write. One story wouldn’t do. I had to practice my craft, and I had to have an arsenal of stories.

Driving home from that boot camp, I remembered a hilarious song I’d heard at a choral festival months before. The song was entitled “Hannukah Hoedown.” Since I don’t know anything about Hannukah, the idea quickly morphed into Cowboy Christmas, I wrote the story and paid Lisa for a critique. She let me know the story needed lots of work. I kept working because I had a dream.

The next summer, I finally built up enough nerve and savings to fly to the opposite coast, attend SCBWI LA, and have an editorial critique of Cowboy Christmas. After lots of rejection letters¸ this conference was important to me. I wanted to meet industry professionals, learn more about my writing craft, and I dreamed of landing a book deal. But I soon learned there were a few dream doubters at the conference and every one of them found me. Helpful as they tried to be, these conference veterans were quick to point out my naiveté. One conversation went like this . . .

“So what’s your book about?”
“It’s about cowboys,” I answered.
“Cowboys,” the woman repeated. “I’m not sure anyone is looking for cowboy stories any more. That sounds a little dated to me. But tell me about the main character.”
“Well, there are three cowboys . . .”
“Three? You have three main characters? That’s not what we do in picture books. We have one main character. These cowboys are children, right?”
“No. Three adult cowboys.”
She cringed. “Main characters in picture books are always children. Adult characters are frowned upon.”
When I told her that I had a critique scheduled later that day, and that I hoped it would lead to something concrete, she said, “Book deals never happen at conferences. Just listen and learn all you can during your consultation.”
The conversation had my mind reeling, but I had that dream of mine, so I continued to answer the conference veteran’s questions and to listen to her responses: What are the characters names? Oh, dear, alliterated names are discouraged in the industry. What’s the setting? The prairie wouldn’t give the illustrator much to illustrate, now would it? What’s the plot? A Christmas story is the kiss of death to publishers since the holiday has such a short selling season. Each cowboy tells a story within the story? Sounds like sub-plots to me, that’s probably too complex for a picture book.

When the time came for my manuscript consultation, I entered the room timidly and walked to my assigned table. My dream seemed further away than ever. There at the table sat a big-time editor (Diane Muldrow) from a big-time New York City publisher (Golden Books/Random House). Diane shook my hand and greeted me warmly.

“Tell me about your story,” she said.

I took a breath. “It’s a cowboy story,” I said. I braced myself for her reaction.

“My father and grandfather were cowboys in New Mexico. I love cowboys. I’ve read your story and love it, too.”

The consultation continued and Diane gave me tips for revision and hints for developing the story further. At the end of the meeting, she handed me her card. “I never give out my card, but I want to see this story again. Revise it based on our conversation and send it to me—no promises. We’ll see where things go.” 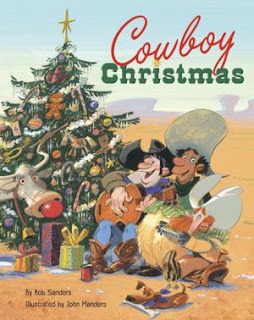 By the way, a year after meeting Diane, I signed with a fabulous agent, Rubin Pfeffer. Seven months later, we landed a two-book deal with HarperCollins. I’m going to keep on dreaming, and I hope you do the same!
Posted by Rob Sanders at 1:00 AM

Lovely reminiscence of a such a happy story, Rob. Thanks for sharing!

I hope those friends who doubted your sincerity are convinced now! You're one of the hardest working writers I know. Thanks for the inspiration!

I loved hearing your story, Rob!

Love your story. It gives hope. And it's a reminder that what one person thinks is not the be all and end all. I've had similar conversations at conferences.

Can't wait to read your book when it's released!

Heartfelt congratulations! I am smiling for your success and determination! Good for you!
Sincerely,
Jenn Y.

Loved hearing your story behind the story! Can't wait to read it! Will you share how u landed this 2 book deal w/Harper Collins? Believe in your dreams! Great inspiration to hear today!

Your story of success has prompted me to return to writing...after creating picture book stories and receiving rejections over a two year period, I gave up. I miss it terribly and have wished I had given it more of a try. Never too late...I'm going to return to my passion and start saving up both money and courage to attend an SCBWI conference! Thanks for giving me some hope!

What a great story, Rob. Your book sounds wonderful! Congratulations!

Susan, so glad you're back to writing where you belong!

Thanks for sharing your inspiring story. This is a very helpful website and I cannot wait to read your book.