Week of August 7— What Rob Did On Summer Vacation—Conference Highlights
Monday, August 8—The Plot Clock
During the Next Level Intensive: Love & Suspense, Joyce Sweeney and Jamie Morris introduced us to the Plot Clock. The Plot Clock is often used by novelists to develop the plot of the stories, to see where a story might need strengthening, and to find opportunities to add more suspense. Most of the authors attending the intensive were novelists, but Joyce and Jamie did a great job of applying what was being taught to picture book writers, too. While the Plot Clock may not be something we picture book writers have heard much about, it still could be of use to us.
One thing Joyce and Jamie said at the beginning of our three-day seminar was that story telling is a part of human nature and humans have an internal plot clock developed over generations of oral storytelling and written/read storytelling. That’s why children can often tell wonderful stories before they can read. Or why we sometimes read a story, hear a story told, watch a movie or television show and it just doesn’t feel right, but we can’t say why. Our internal plot clocks tell us that something is amiss. Once writers are familiar with the Plot Clock, they can come back to it to diagnose problems in their own stories and correct them. 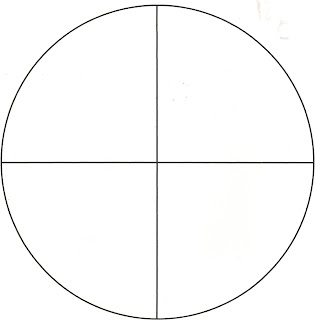 Think of the Plot Clock like this—a circle divided into four equal quadrants making up four acts. (Truth be told, in some books some of these scenes might be longer than others. But for those of us new to the Plot Clock, it’s best to stick with the concept of scenes of equal weight/length.) Many picture book writers are accustomed to three-act structure which combines what the Plot Clock is doing in Acts 2 and 3. In truth, the three-act structure may end up slighting Act 3 and often fails to include a turning point from Act 3 to Act 4 that is dramatic and surprising.
The diagram below shows a plot clock with its various features. I can’t do the Plot Clock justice here, but I try to define each part. Then you need to get to one of Joyce and Jamie’s intensives to learn more! 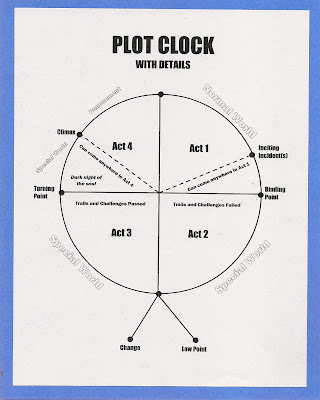 ACT 1
Ordinary World—The story begins in what is normal for the main character. That doesn’t mean middle-class America necessarily, but whatever is the norm for the character. You can’t care about what will happen later in a story or see the ramifications of it, if you don’t know what the status quo is for the main character.
Inciting Incident—Somewhere in ACT 1 (or even multiple times in ACT 1), something happens that shakes up the norm. The apple-cart of the plot is turned over or, at least, upset in some way. The Inciting Incident gives a clue to the reader what the Special World the character is entering will be like (even though the character may or may not realize it himself/herself).
Binding Point—The Binding point is where the character does something that causes him to be bound to the Special World. He has bitten the forbidden fruit, climbed onto the pirate ship, followed the rabbit into the woods, something. And that turns what was the normal, ordinary world on its ear. We now enter ACT 2.
ACT 2
Special World—After the Binding Point, the main character enters into a Special World. That doesn’t mean he/she is transported to Venus, but now the character is dealing with the problem of the story. Jamie says this Special World could be a psychological state, a problem, a challenge, a recognition, an experience, and it could even be a magical place. “It is the place where the character goes to do all the work of the story.”
Tests and Challenges Failed—During this act the character tries to deal with his/her problem and fails—over and over and over. Usually the situation is growing worse and worse and worse.
Low Point—Often in ACT 2 the situation gets worse and worse and worse ending with the Low Point. However, ACT 2 may be created in many others ways. It just always ends with a Low Point which leads to the Change.
Change—The main character comes to realization that he/she needs to change and gets a clue that the old strategies he/she was using aren’t working. The main character makes a Change and moves out of “all is lost” and into ACT 3.
ACT 3
Tests and Challenges Passed—ACT 3 mirrors ACT 2. However, the main character begins to figure out what will work and may even get cocky with success. But as the main character is getting stronger, the antagonist is getting stronger, too.
Turning Point—The Turning Point comes at the end of ACT 3. Some force (almost always within the character) makes the character move towards the climax.
ACT 4
The time period between the Turning Point and the Climax of the story is the darkest of all for the main character. This time leads to the Climax.
Climax—This is the battle to end all battles and answers the dramatic question of the story. The Climax may also resolve other sub-plots (especially in novels, not so much in picture books). The Climax may take as much or as little of ACT 4 as needed.
Denouement—Jamie said that denouement in French literally means unknotting. This is where the story resolves and is often the ah-h-h-h-h moment of a story. 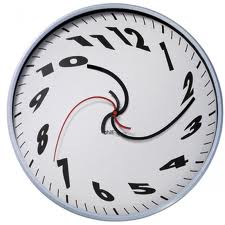 That’s the Plot Clock. A lot to take in, isn’t it? That’s why you need to take Joyce and Jamie’s Love & Suspense Intensive. As luck would have it, after the conference I found a wonderful Steve James article in Writers Digest that discusses many of the points listed above, without talking about Plot Clock. You can access that article. “The 5 Essential Story Ingredients and More” at http://www.writersdigest.com/whats-new/the-5-essential-story-%20ingredients?et_mid=513366&rid=88122855. I know it’s always helpful for me to see information presented in different ways. Maybe the article will help you as well.
It’s Your Turn!
1. Don’t fret over the Plot Clock—just mull it over and let it sink in. Tomorrow I’ll show you an example of a picture book that follows the Plot Clock and it will make everything begin to come together in your mind—I promise! J J J
Posted by Rob Sanders at 12:30 AM

The 5 Essentials link is obsolete.

Here is the new one:
http://www.writersdigest.com/?s=essential+story+ingredients

william said...
This comment has been removed by a blog administrator.
2:24 AM