Week of October 9—An Interview with Picture Book Author Jean Reidy
Thursday, October 13—Writing Routines and Jean’s Future
This is the fourth installment in a five-part interview with picture book author, Jean Reidy.
Rob Sanders: What is your writing routine?
Jean Reidy: I always find this such an interesting question. And I’'m especially intrigued with the routines of the world’s great writers and best-selling novelists. I consider some routines legitimate for inspiration and others . . . well, downright superstition. But who am I to judge authors who sell millions of books?
More so, I admire the writers with full-time day jobs who write at night or in the wee hours of the morning. I wish I had that grit. They are the true writing warriors who have the work ethic for great success.

So this is where I feel like a phony among fellow writers. Routine? Who has time for a routine? Oh, don't get me wrong. I dream of a routine and sometimes, for a day or two, I feign one. I perk my coffee at just the right hour. I check my e-mail while the coffee’s  perking. I bang out 1000 words and then I go for a run, during which I meditate on plot points and characterization. But sooner or later, usually within a few hours, life gets in the way.

Life—as in a lacrosse banquet, or a high school graduation, or my son’s wedding, or my mother's move, or my baby going to college, or 200 kids in Uganda. And then my writer's routine, in an instant, falls apart. I can’t be terribly “routine” when I have multiple passions competing for time and space. 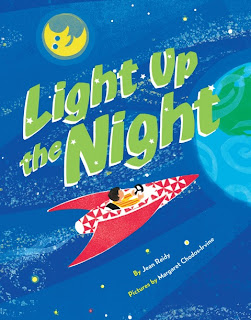 But interestingly, it’'s often when I’m not perking or pecking or penning that I find the fodder for my stories. Confession: LIGHT UP THE NIGHT was composed mostly in the shower. Yes, I do have to force my butt into the chair and actually crank out the text from time to time. But when I write when I least expect it—rather than according to some predetermined schedule—I have few expectations. And that’s when fun things happen.
As of this past August, I’ve found myself in a new situation—empty nesthood. So all that blather you just read about life getting in the way and writing when I least expect it may be rendered a thing of the past. Watch, you’ll probably find me every morning at 6:47 a.m. on the dot, wearing my 1978 Cotton Bowl T-Shirt (ask me who won!), revising my manuscript with my lucky totem pole pencil (too bad I can’t sharpen it!) on perforated recycled computer paper. I just hope I can keep the magic!
RS: What’s next? What are you working on now? What are the goals you still want to reach and what can we expect to see from you in the future?
JR: These days I have a lot happening. All you have to do is take a look at my cluttered kitchen table. As you know, I have my online auction LIGHT UP THE LIBRARY coming up November 17-18 to celebrate my latest book release. (NOTE: See tomorrow’s post for more information.) The auction benefits a new library at the Musana Children's Home in Iganga, Uganda, where I worked last summer. By the way, I've received some awesome items for writers at every point in their careers, including a picture book manuscript critique from a celebrity author/blogger—eh- hem—not to mention any names!

Then in January, my next book TOO PRINCESSY! comes out from Bloomsbury. It's the third in the TOO PURPLEY! TOO PICKLEY! series with the same wonderful illustrator, Genevieve Leloup. I've yet to figure out how I’m going to celebrate that release, but I’m sure it will involve a tiara.

Later in 2012, comes TIME (OUT) FOR MONSTERS from Disney Hyperion. The oh-so-talented Robert Neubecker illustrated this book about a kid stuck with only his imagination in the time-out corner. And I’m convinced Robert must have “done a little time” as a kid, because his artwork is spot-on hilarious.

Finally, probably in 2013, ALL THROUGH MY TOWN comes out from Bloomsbury. I just received preliminary sketches from illustrator Leo Timmers and, oh man, are they adorable! Think busy, busy, busy.
In the midst of all that I'm working on several new picture books. When I get stuck on one I open up another. But going back to that, um . . . routine . . . question, I do need to set aside a big block of time to finish some serious revisions on a middle grade novel I wrote during the last NaNoWriMo. I'm anxious to let my agent have a read, but it's not ready for her eyes yet. I was completely convinced I'd be entering NaNoWriMo again this year. I have an idea that I really wanted to flesh out and NaNoWriMo is seriously great for butt in chair. But with my auction and other LIGHT UP THE NIGHT events, that little nugget of an idea may have to wait until next year.
It’s Your Turn!
1. What writing routine works for you? Just because Jean can be successful without routine doesn’t necessarily mean you or I can. So find the process that work best for you!
Posted by Rob Sanders at 12:30 AM